From ground to cloud, first in the World 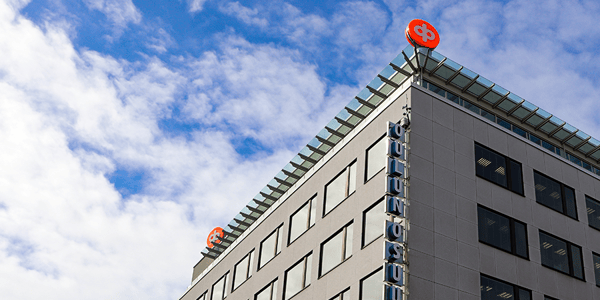 In the financial sector, IT isn’t just a support function but the backbone of the whole business. That’s why IT development projects in this sector are even more strategic than in other fields.

As a result, there were many challenges when Finland’s biggest finance group OP started outsourcing IT an exceptionally large scale. The outsourcing project aimed at achieving an annual savings of 20 million euros, and consequent to it, 500 employees were transferred to the service of new employers.

There were plenty of moving parts. Part of the application development and maintenance was outsourced to consultation company Accenture, and insurances to ICT service company CGI. Also Tieto and Fujitsu were included. This meant that most of Finland’s most significant outsourcing partners were involved.

The time schedule of the project was tight.

“The project was started at fall 2013, and the whole package was planned to be ready in March 2014. The service integrations were part of the overall project, and their deployment between the three service providers took only three months”, says Vice President of Common-ICT Services Marika Lindström.

One common operating model, control of data in all situations

The challenge was to integrate the services so that the processes and tools used by different parties could implement the same use cases and this information could be transferred smoothly from one operator to another.

In the complex entity every operator had their own ITSM (Service Desk) tools and customized processes. In addition, information was in both in Finnish and English and the volume was high: tens of thousands of errors and service tickets created every month.

“Our starting point was that the outsourcing partners adapt to our operating model and not the other way round”, says Lindström. “Additionally, it was important that we maintained the control of the data.”

Help from the cloud

A traditional point-to-point integration would have been too complicated due to the amount of service providers involved as well as the movement of the tickets not only between OP and the service providers but also between the different service providers and the tight time schedule would not have allowed it.

After comparisons and surveys OP decided to utilize ONEiO iPaaS. The cloud based SaaS solution makes the operations significantly easier and faster compared to the traditional model, but the biggest benefit is the service management ecosystem built by ONEiO Cloud Corporation.

ONEiO provides ready interfaces for both the most common ITSM applications and the biggest service providers – the role of the solution is to act as a silent translator and intermediate between them. All parties can keep their existing tools and processes but information related to the service processes is moved centralized and fast to correct locations, translated and forwarded by ONEiO.

Time for the essential

The model simplifies the deployment work as well as the end user’s life.

During the deployment, the ready-made interfaces guarantee that the software projects for system integrations are not needed, nor any additional software or hardware acquisitions. The time freed from interface problems, opening of firewalls and integration development can be used for implementation of use cases.

The integrated processes make also possible that the user can receive support services from one place instead of having to contact each service provider separately.

The other benefits of SaaS model are continuous maintenance, development and supervision as well as lower life cycle expenses and reusability and flexibility.

First of its kind in the World

“The IT environment of OP is quite complex. If you exaggerate a little, you can say that we are using almost all technologies of the World”, Lindström laughs.

Multi provider environment is challenging enough already from the perspective of the field, and the big cultural change that OP started brought extra challenges. The new operating environment requires commitment, understanding of the customer and completely new way of working together from all of the parties. When you add the very different and international organizations, tools and operating models, we are talking about a very unique IT service production environment even in a global perspective.

ONEiO Cloud Corporation is a software as a service (SaaS) provider specializing in the further development and production of their next generation integration platform (iPaaS). Founded in 2011 in Helsinki, Finland, and now with offices in Germany, the United Kingdom and the United States, ONEiO’s iPaaS enables an effortless and easy integration without specific integration skills and removes the problems related to traditional integration delivery, maintenance and reliability. If you’d like to get started, try ONEiO free for 14 days and have your integrations up and running within just a few hours.

Free trial enables you to:

BOOK A CALL WITH EXPERT