SIAM for CEOs: The one IT methodology you really need to get

Service Integration and Management (SIAM) is an approach to managing large and complex service ecosystems, which are most commonly made up of IT teams, tools and suppliers. However, it is increasingly being further adopted into other areas of the business such as HR, Finance and Customer Service.

High performing SIAM allows teams and partners to work along-side each other, easily sharing software, data and processes. This is highly valuable at a C-Level perspective as it reduces frictions around collaboration, encourages transparency with suppliers and lowers cost around software and IT projects.

At more (basic) technical level, it prevents and protects IT teams from hand-crafting integrations between software platforms, which is the biggest root cause of outages and delayed IT projects when there are multiple systems and platforms involved. For example; if your IT team is using ServiceNow (the market leader for enterprise IT service management tooling), and you then have a supplier that your IT team works alongside to support a core finance system.

In a traditional IT environment, both your internal IT and the supplier would be working off separate platforms and they would rely on manual processes (like telephone calls and emails) to share the latest information on their progress on specific issues. In SIAM environment, the service management systems they use are either the same platform or there is a level of integration and automation in place that passes all the information, updates and data across in real-time. Thus, meaning each and every party in that service relationship has access to the same information at all times.

When you move this up a gear and look at this at a people and process level as well as tools, you can begin mapping out the different ways people work, their own needs and specialisms, then create integrations between those things also. Which creates a beautiful, efficient and automated way of working that always places the customer outcome and the centre of every movement. This what modern and mature SIAM now strives towards; automation, simplicity and customer centricity.

Why did it boom?

About a decade ago, the IT industry took a massive U-turn and began bringing back in-house a wide range of previously outsourced services. This was because the economies of scale have stopped supporting have fully outsourced IT functions, particularly that of the first and second lines of IT and Desktop support.  This was also partly to do with a shift in the industry where treating internal IT users as ‘valued customers’ became a very popular school of thought.

And this as in part, due to IT wanting to overcome the stereotypical IT department of being ‘gatekeepers’ to technology and being people that said ‘no’ a lot. The theory being (and a successful one) that if you took back control of the IT teams and people who we’re interacting with the rest of the business, you could better own, develop and manage the experience provided by, and the reputation of IT.

So, SIAM was introduced, and in many cases this included a ‘SIAM Layer’ in the service ecosystem, which was often managed by a third party. This layer would be responsible for managing, directing and measuring the way support tickets and data would move around from locations and teams. They would also often develop (sometime at great cost and delay) technical integrations between software. This way of working was famously championed by TCS (Tata Computer Services) and their work with Jaguar-Land Rover.

Why is this different now?

SIAM has taken a huge leap in its maturity and effectiveness in the past few years. Mostly thanks to the introduction of integration automation platforms, which have allowed business to seamless connect and automate the communication between tools and teams. One of the biggest problems this has solved is the need for having any technical integration hand-coded or managed in isolation.

With the latest approaches to SIAM; IT and business leaders alike have been able to join the dots between the software investments they have made, their unique and specialist ways of working and their bespoke processes.

How do you and your CIO form a shared view over this?

It’s highly likely that your CIO understands the challenges their team are facing around fragile integrations. They will also know the knock-on effects this has on the other areas of the business. Due to the wide spread conceptions of Service Integration being expensive and complicated to implement and maintain, they may well still be working in a very reactive state.

If you’d like to see better collaboration across teams; better use of software investments and increased up take on sharable technologies, reach out to your CIO and offer them an opportunity. By presenting them with a new-level of understanding around how integration can help them and the rest of the business, then giving them some time to research more modern solutions to those that they might have become familiar with… this is great first step to forming a share view on great service management and integration in your business.

Read more: The Now and future of Service Integrations

ONEiO is a cloud-native integration service provider connecting people, processes, and tools – enabling seamless collaboration without traditional integration hassle. Provided as a turn-key solution, as self-service, or something in between. Get started. 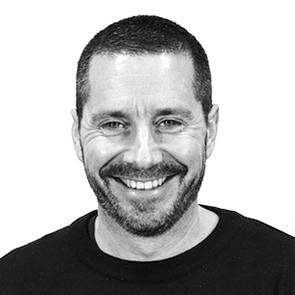